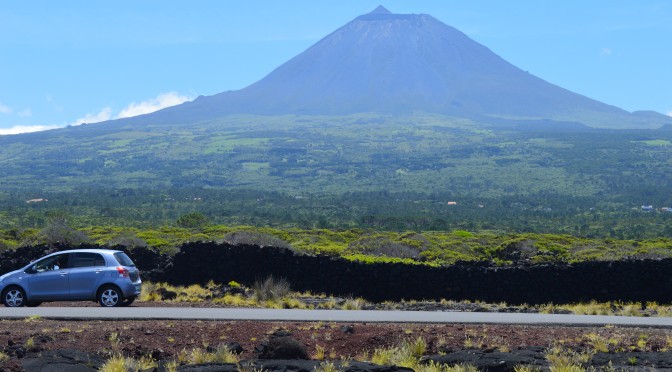 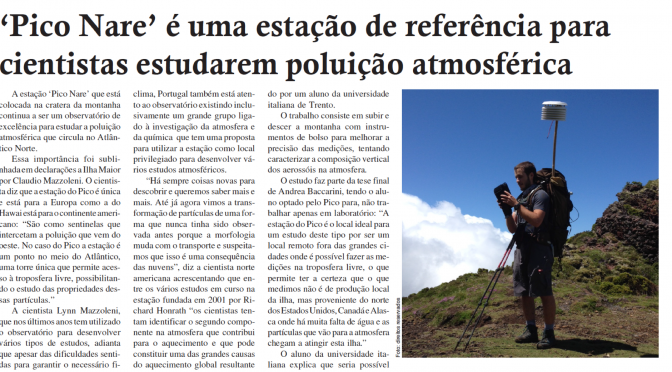 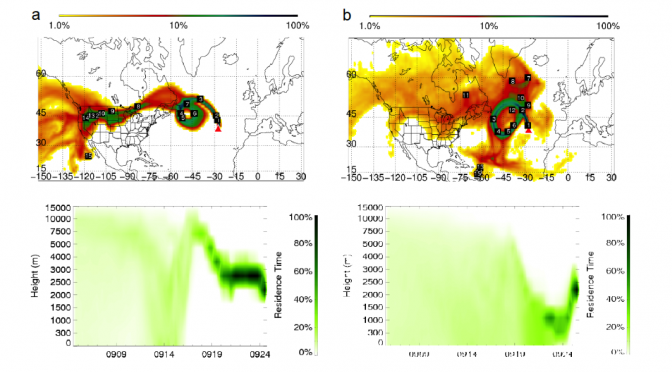 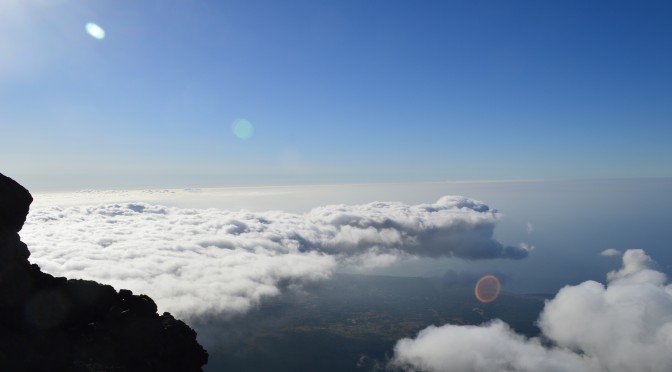 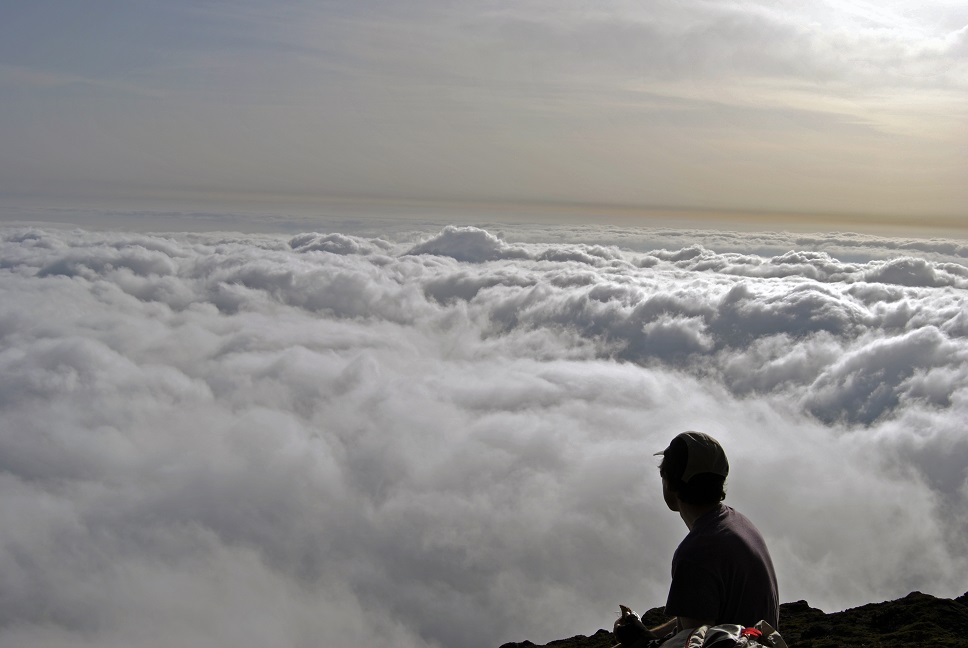 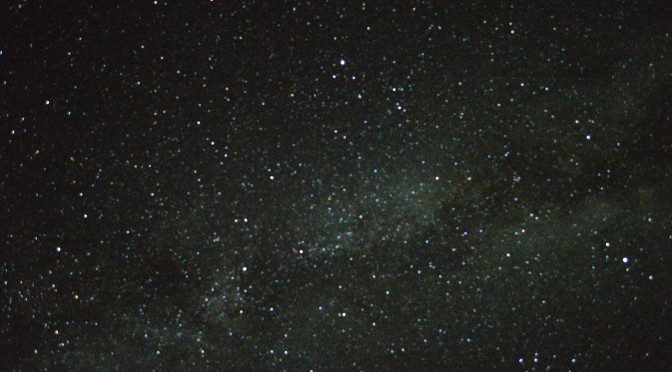 Power and remote communication at the station were restored on June 22nd.  Current measurements include:

Other instruments are planned to be installed soon. The intensive field campaign period will take place in July. 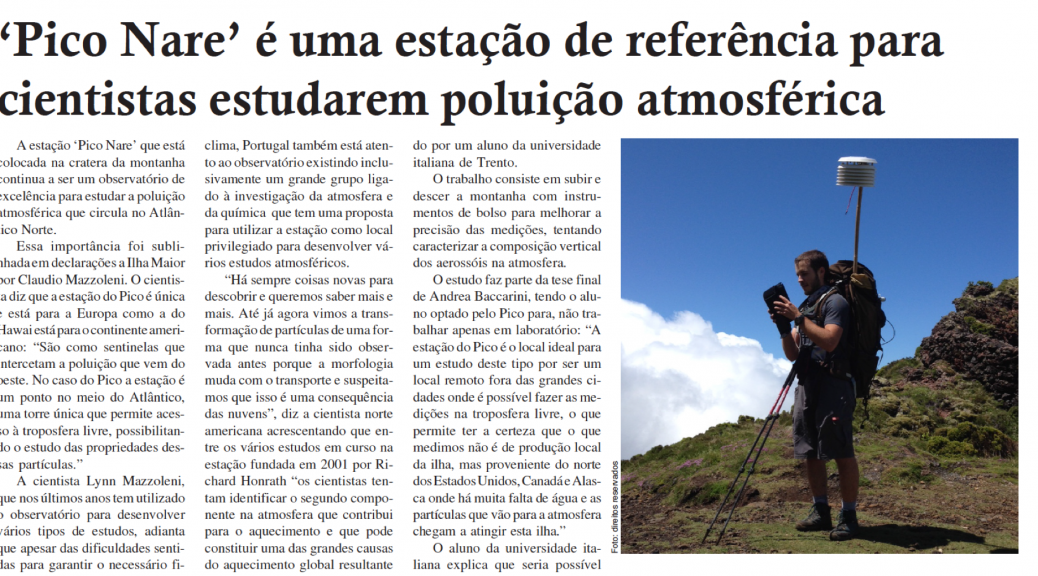 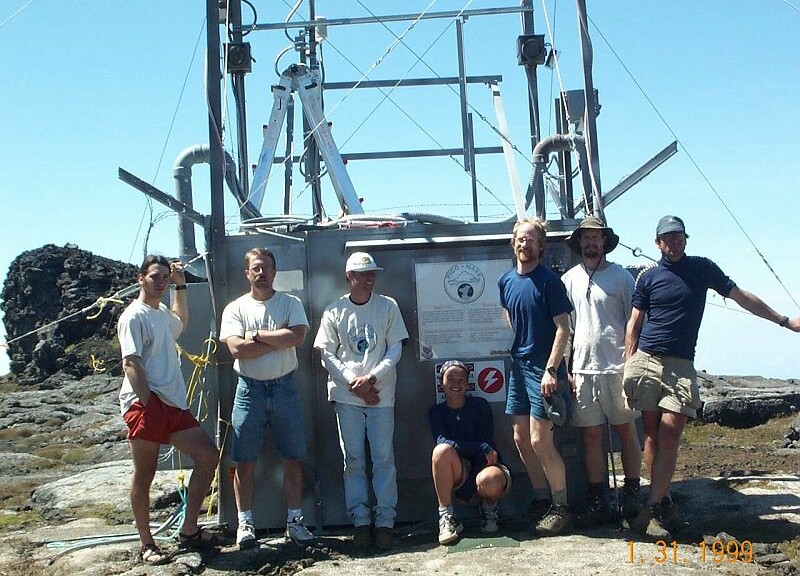 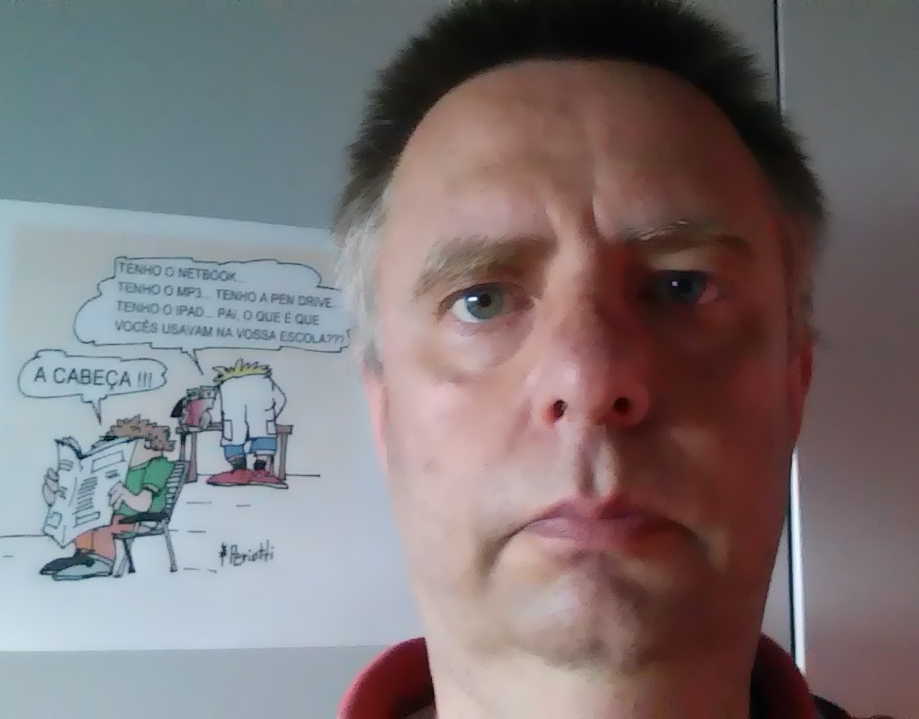 Professor of Chemistry at Azores University

Dr. Fialho is a founding collaborator of the Pico Mountain Observatory.  He has been measuring black carbon at the site since 2001.

Dr. Fialho is the primary point of contact for activities at the Pico Mountain Observatory. 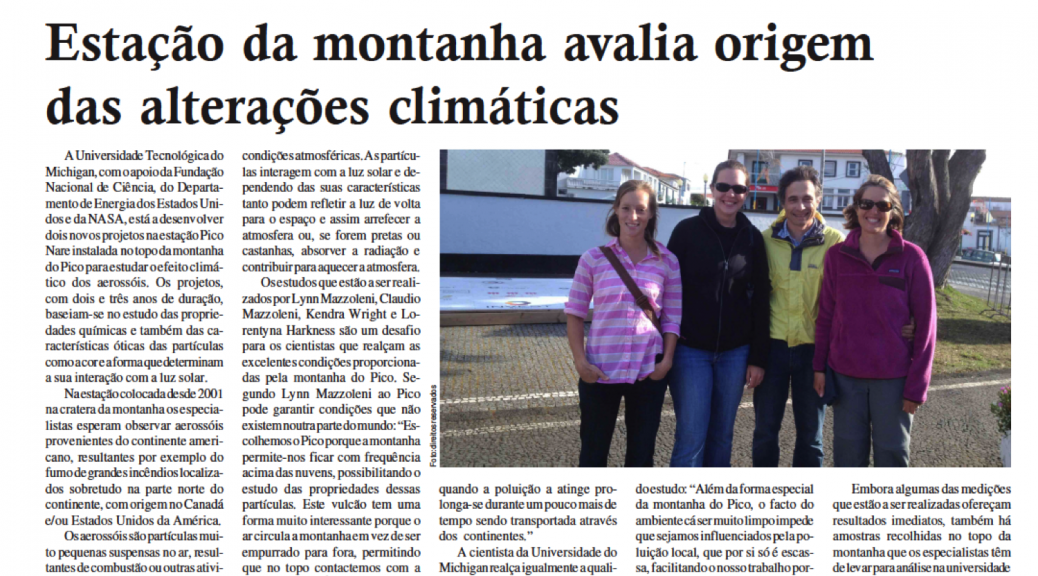 END_OF_DOCUMENT_TOKEN_TO_BE_REPLACED

The Michigan Technological University, with support from the National Science Foundation, the Department of Energy of the United States and NASA, is developing two new projects in the Pico Nare station installed at the top of Pico Mountain to study the climatic effect of aerosols. The projects, with two and three years in duration, based on the study of chemical properties and also the optical characteristics of the particles as color and shape that determine their interaction with sunlight.
Placed at the station since 2001 in the crater of the mountain experts expect to observe aerosols from the Americas, resulting eg smoke from large fires mainly located in the northern part of the continent, from Canada and/or the United States of America.
END_OF_DOCUMENT_TOKEN_TO_BE_REPLACED

Lynn and Claudio Mazzoleni were interviewed by Kevin Hodur for the  2015 Michigan Tech Research Magazine article.

Here’s an excerpt of the story.

Deep in the eastern Atlantic, roughly 900 miles west of Portugal, lies the tiny island of Pico. On maps, it looks like nothing— hardly more than a pinpoint in a sea of blue. But to atmospheric researchers, the remote island’s towering Pico Mountain holds the key to understanding how aerosols may impact climate change.

Pico Mountain is one of nine volcanic islands that make up the Azores archipelago. Its size, however, sets it apart: at nearly 8,000 feet, it’s one of the highest mountains in the Atlantic and more than twice the elevation of neighboring peaks. To hike to the top is to enter an entirely new world, up in the clouds.

It is the high altitude—along with Pico Mountain’s isolated Atlantic location—that make it the ideal place to study aerosols. These high-in-the-sky aerosol particles are what interest Michigan Tech researchers. For years, they have worked with collaborators to sample particles atop the peak at the Pico Mountain Observatory, learning more about the sources and characteristics of aerosols. These aerosols have a large but not completely understood influence on our atmosphere.

END_OF_DOCUMENT_TOKEN_TO_BE_REPLACED 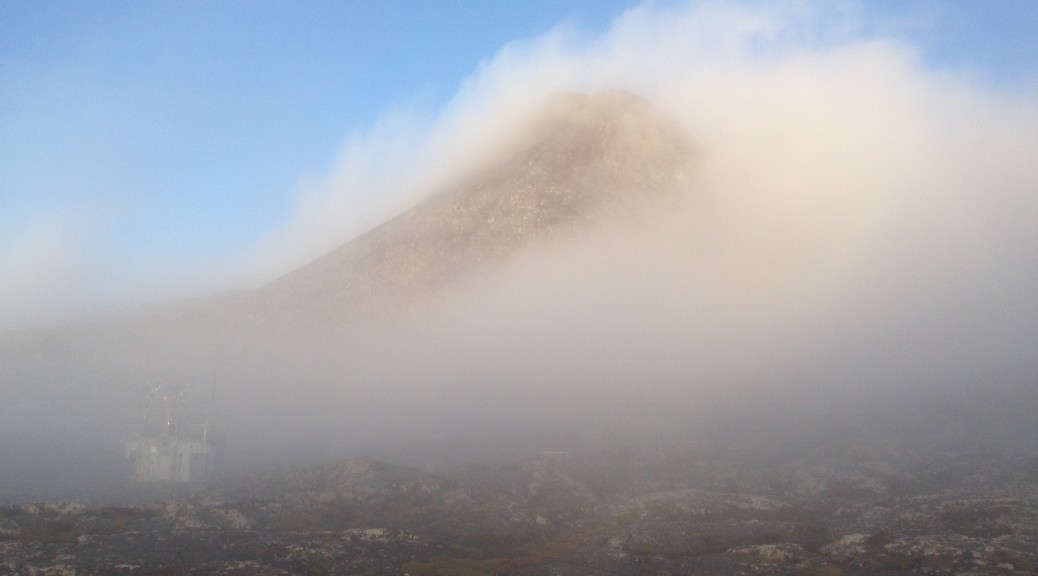 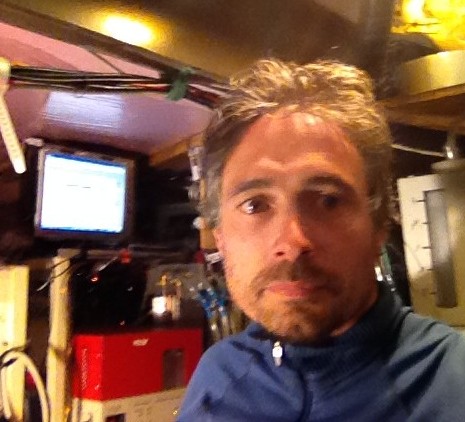 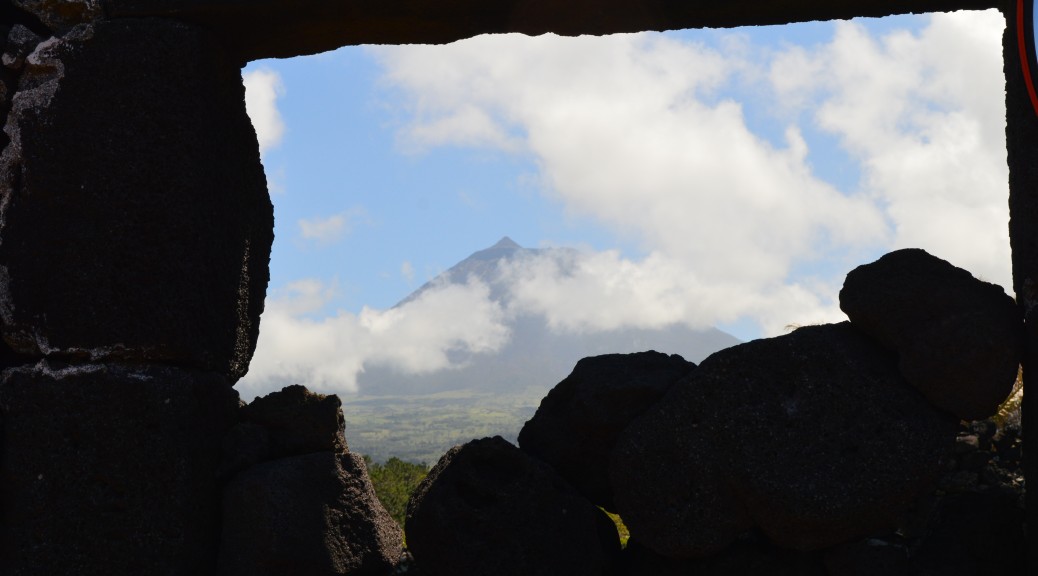 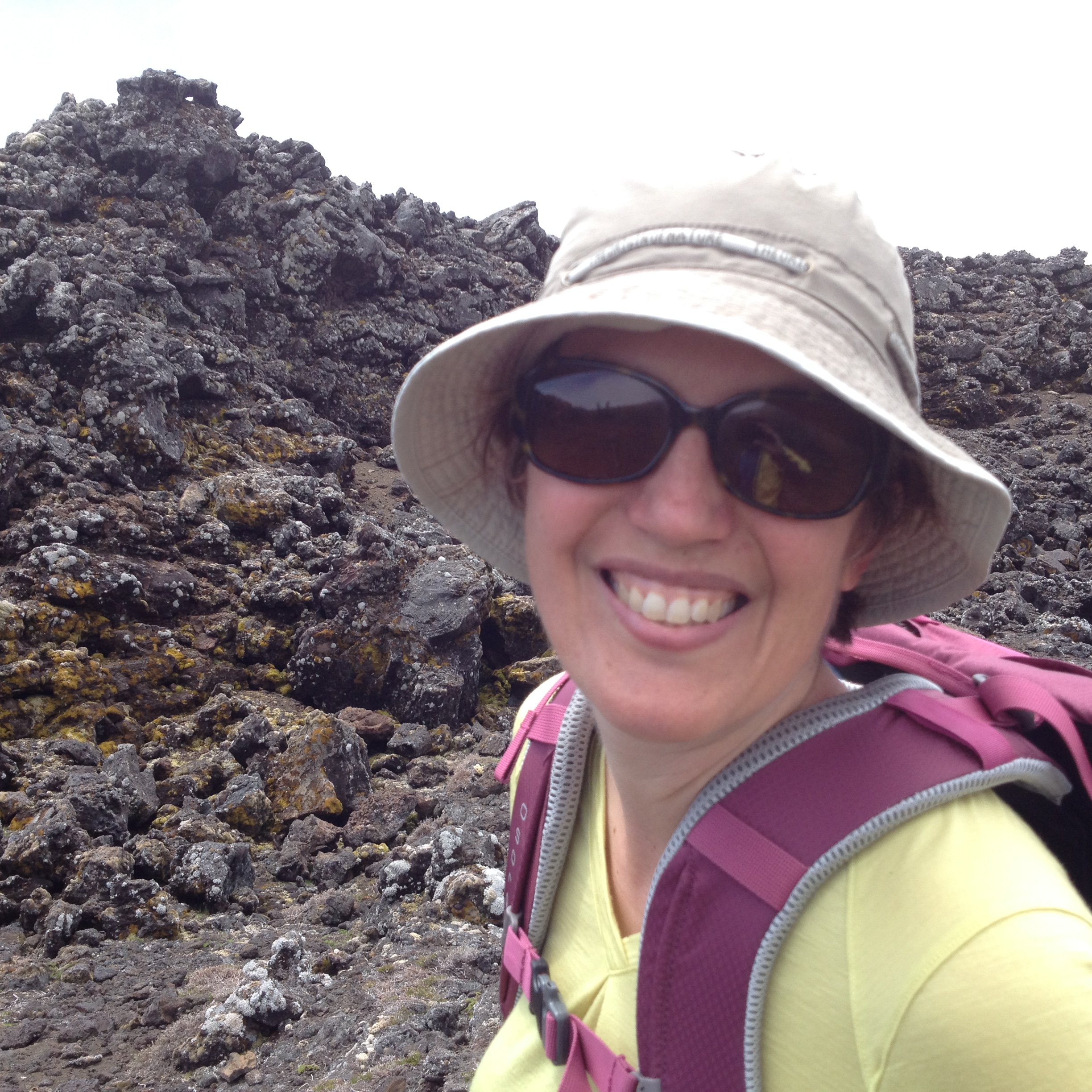 Dr. Mazzoleni is the principal investigator of the National Science Foundation funded work at the Pico Mountain Observatory to study long-range transported aerosol.  Her group’s most recent technical publication from this work is titled, Molecular Characterization of Free Tropospheric Aerosol Collected at the Pico Mountain Observatory: A Case Study with a Long Range Transported Biomass Burning Plume. (Read more) 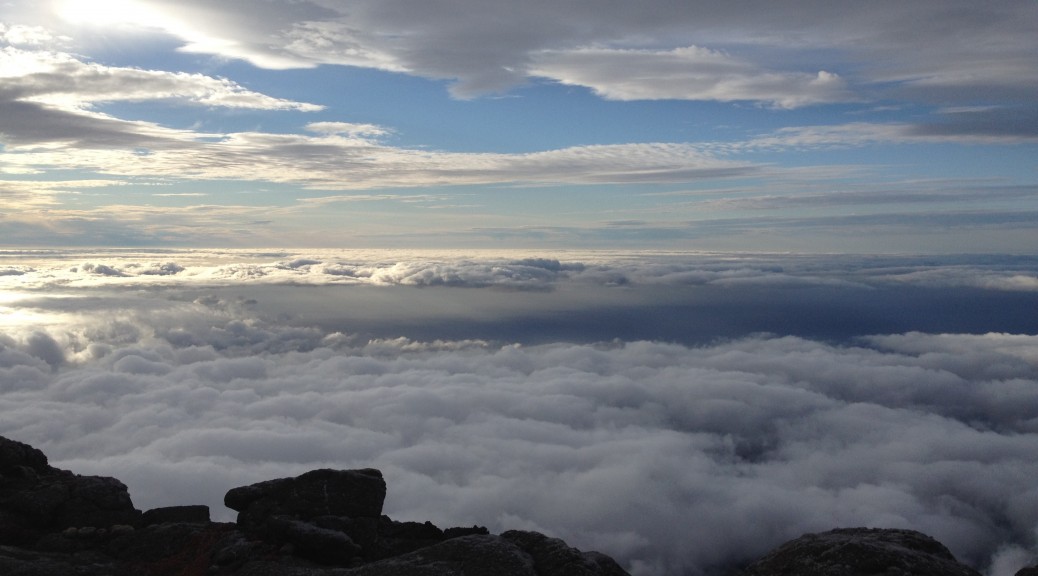 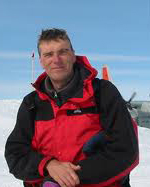 Dr. Helmig has been working at the Pico Mountain Observatory since 2004.  His expertise involves measuring trace gases at very low concentrations in remote environments.  His group’s most recent publication from research at the Pico Mountain Observatory is titled, “Climatology and Atmospheric Chemistry of Non-Methane Hydrocarbons Ethane and Propane over the North Atlantic” to be published in Elementa. 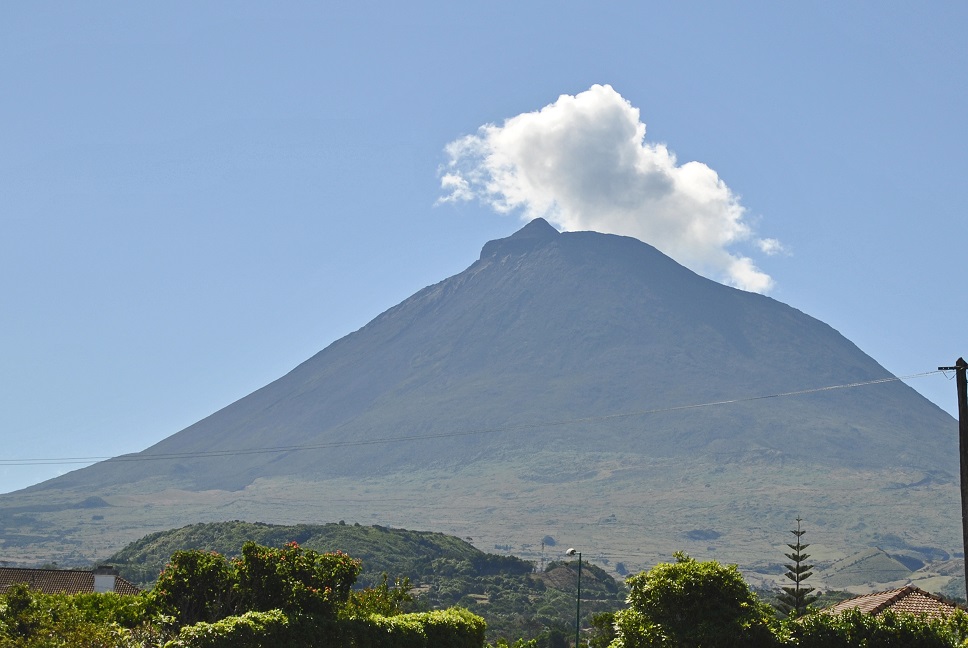 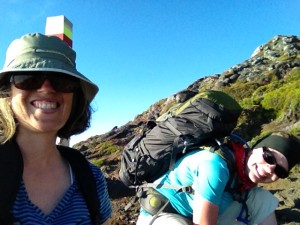